Cross-Training and Two a Day Workouts 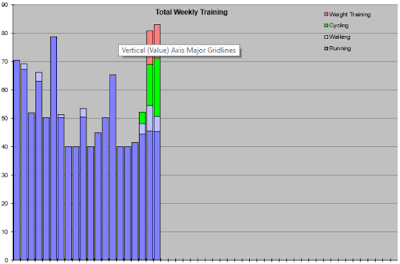 These cross-training workouts serve more than one purpose.  In the short term, they’re helping giving me a new source of motivation, now that I no longer have any races on the horizon.  In the long term, they’ll hopefully help me control my weight.  In the last two weeks, my weight has leveled off.  I’m not losing weight yet, but I’m no longer gaining weight.  That’s a start.
Posted by David at 4:57 PM