I was unsure if I should even bother to publish a list of goals for 2021.  Most of my goals tend to focus on races, and I have no idea what races I might do this year.  I usually plan my race schedule several months in advance, but that won’t work in the current environment.  The types of races I usually do aren’t happening right now.  Now that COVID-19 vaccines are available, there’s hope for the second half of the year, but there’s still too much uncertainty to plan anything.

Last year, I had to adapt.  I looked for opportunities to do small races, but I wouldn’t book anything too far in advance.  My outlook for 2021 can best be described by a line from a George Harrison song: 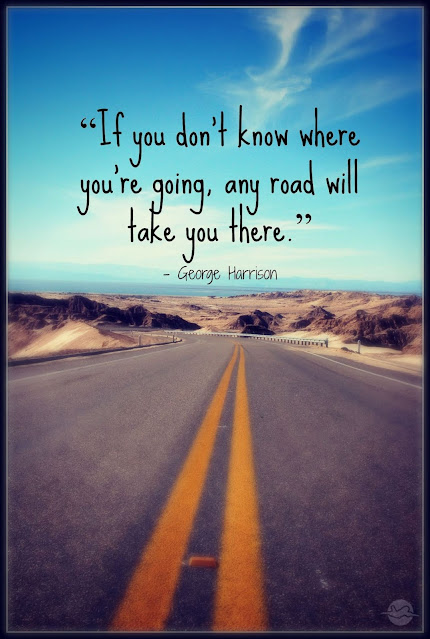 I don’t know what races I’ll do or what travel opportunities I might have, but I do have a few goals that don’t revolve around races.  I’ll start with those.

In August, I injured my right knee at a trail marathon where I fell a few times.  It wasn’t too bad at first, but I think I aggravated it doing weight training.  Before long, I couldn’t go up or down stairs without pain.

The good news is that nothing was torn.  The bad news is that I was about to start a series of 20 marathons in 20 days.  Amazingly, I made it through that series without making my knee worse.  I did, however, develop new injuries, including Achilles tendonitis in both ankles and an inflamed tendon at the top of my left hamstring.

When I signed up for the Texas Quad, I assumed I could recover in time.  It was still seven weeks away.  I recovered from the Achilles tendonitis.  The other injuries improved, but they weren’t completely healed.

After the Texas Quad, I had a new injury.  On the last two days of that series, I felt some discomfort on the outside of my left knee.  Thankfully, the other injuries didn’t get any worse.

I took it easy for the next two weeks.  Then I ran the Mississippi Gulf Coast Marathon, which was my final race of the year.  I went all out, so I could get a qualifying time for the 2022 Boston Marathon.  Having done that, I don’t have to worry if I temporarily get out of shape.  I have a good long time before I need to think about qualifying again.

After the Mississippi Gulf Coast Marathon, I took a week off from running.  Since then, I’ve been doing easy runs every other day.  My right knee is improving, but I still sometimes notice it walking up and down stairs.  The other injuries are doing much better.

Because of all these races, my knee hasn’t had sufficient rest to heal.  I only have one race scheduled in 2021.  That’s at the end of January.  I’m not really going to train for that.  I’ll go easy in that race, and then I’ll take a break from racing.  I’ll keep doing easy runs every other day, but nothing long or strenuous.  I’ll take it easy for as long as it takes for my knee to heal.  I won’t enter any races or do any serious training until I’m 100 percent healthy.

Rebuild My Mileage Base

In the second half of 2019, I was running at least 50 miles every week.  I maintained a similar mileage base through the first nine months of 2020.  Then my mileage dropped off significantly as I tried to give injuries a chance to heal.  I expect to keep my mileage low for the first few months of 2021.  Once my knee is healthy enough, I’ll want to rebuild my mileage base.

If experience has taught me anything, it’s that you can’t ramp up too quickly, or it leads to injuries.  The human body can adapt to almost any training load, but it can only adapt so fast.  It may take me until the end of the year to get back to where I was last summer.  I see this year as a rebuilding year.  Hopefully, I’ll establish a good foundation for 2022.

Get Back to a Lean Weight

I’ve gained seven pounds since the beginning of October.  That’s not a lot, but I worked hard to lose weight last summer, and I wanted to keep it off.

I’ve never been able to lose weight through diet alone.  I rely heavily on exercise.  In the short term, I may struggle just to keep from gaining more weight.  Once I’m able to ramp up my training, I hope to lose the weight again.

Last year, I supplemented my running with cross-training.  From May through August, I was doing two workouts every day.  Usually, one of them was a run, and the other one was either cycling or weight training.  I also went for walks two or three times a day.  I’ll probably do something similar this year, since my running will initially be limited.

I currently only have firm plans for one race.  I’m signed up for a marathon in Alabama at the end of January.  I have deferred registration for several races that were cancelled last year, but I don’t know if they’ll go forward this year.  Even if they do, I don’t know if I can travel to them.  Some of them are in countries or regions with travel restrictions.

Rather than making any firm plans, I have a wish list.  These are races I’d like to run under the right circumstances.  It’s too soon to know which, if any, of these races I’ll run this year.  Some are more likely than others, but none are certain.

New England Challenge – This is a series of marathons in Maine, New Hampshire, Vermont, Massachusetts, Connecticut, and Rhode Island.  To complete my 4th and 5th circuits of marathons in every state, I’ll eventually need to do at least one more marathon in five of these states.  This series is in May.  Currently most, if not all, of these states have travel restrictions or quarantine requirements.  This series will only happen if the pandemic is under control by May.  That seems unlikely.  I also don’t know if I’ll recover from my knee injury in time to train for a series like this.  May seems optimistic.  I’d love to do this series if I could, but it’s more likely it’ll have to wait another year.

Firecracker Triple – This is a series of three marathons in or near Portland, OR.  I’ve done this triple a few times before, winning it in 2011 and again in 2014.  2020 was slated to be the last year for the triple, but it had to be cancelled.  Instead, 2021 will be the final year.  These races are held over the July 4th weekend, so the odds of them happening are better than the New England Challenge.

Mad Marathon – This is a small race in Vermont.  I was signed up for it last year, but the race was cancelled.  I’m automatically signed up for this year’s race, if it happens.  On one hand, small races are more likely to happen that large races.  On the other hand, Vermont is more restrictive than most states.

Alaska Series – This is a series of four marathons in Juneau, AK.  I was signed up for this last year.  When it was cancelled, I deferred my registration to this year.  This series isn’t until August, so there’s a better chance that it can happen this year.

International Races – Last year, I had to cancel my travel plans for marathons in eight countries in Europe or South America.  Six of them were scheduled to take place in April, May, or June.  I doubt if those races will take place this spring.  A few have already announced plans to delay until later in the year.  Even of they take place, I wouldn’t be able to run all of them.  They’re all piled into a span of just a couple months, so scheduling conflicts would make it difficult for me to do more than one or two.  It’s far more likely that I won’t do any of them this year.  International travel is expensive, and overseas flights are unpleasant.  I’m not going to fly overseas for a race unless I can go sightseeing, dine in restaurants, and socialize with friends.  That might not be possible this year.

Boston Marathon – The Boston Athletic Association has already decided that they can’t hold the race in April.  They’re tentatively planning to hold the race later in the year, but they haven’t picked a date yet.  They need to be reasonably confident that the race can take place.  If not, I’m sure they’ll hold another virtual race.  I will definitely do this race, even if it’s a virtual race.  One way or another, it’ll be my 10th consecutive Boston Marathon finish.  When you have an active streak of at least 10 years, you can register early, which makes it much easier to get into the race.

New York City Marathon – I was registered for this race in 2020.  When it was cancelled, I was given the choice of a refund or deferred entry to 2021, 2022, or 2023.  I chose to defer my entry.  I don’t know yet which year it will be.  Sometime soon, everyone with deferred entry will have a chance to indicate their preference.  There’s no guarantee I’ll get my first choice.  I’ll just have to wait and see.

Minnesota races – In Minnesota, there aren’t any outdoor marathons before the last weekend of April.  By then I might be ready to start looking for races.  Until the pandemic is over, local races are preferable to races that involve travel.  I love to travel, but it forces you to come into contact with more people.  When I traveled to races last year, I spent most of the time in my hotel room, leaving only for the races and to get food.