A few years ago, I had back surgery, and I couldn’t run at all for the next 12 weeks.  During that time, I took up race-walking.  Over the next year, I gradually added running back into my training.  I eventually reached a point where I could race-walk a marathon or I could run it.  I joked to one of my friends that I was now a hybrid model. 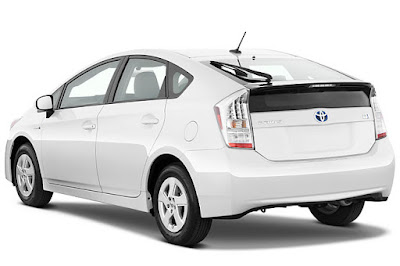 After about a year of mostly walking, I returned to mostly running.  Walking is easier on your body, but it takes longer, and it’s a lot of work to walk at a fast pace.  For me, running just feels better.

At the beginning of February, I took a break from running, so I could heal from a knee injury.  I expected this break to last a month or two.  It’s been more than two and a half months, and I’m still not ready to resume running.

Last week, at a physical therapy appointment, I tried running for a few minutes.  I warmed up with some walking, and then switched to running at a slow pace.  I immediately noticed some discomfort in my right knee.  It wasn’t bad at first.  Then I noticed I was running on the balls of my feet.  That’s not my normal gait.  Usually, I’m a heal-striker.  I suspect I subconsciously altered my gait to avoid hurting my knee.  When I adjusted my stride to land on my heels, the discomfort increased significantly.  After just a few minutes of running, my knee was badly inflamed.  For the rest of the day, stairs were more painful than usual, as were some of my other exercises.

My physical therapist encouraged me to try running for a minute at a time during some of my runs.  I decided to try something else first.

Although I haven’t been running, I’ve been walking every day.  At first, it was just a mile or two each day, but I’ve gradually ramped up to seven miles a day.  I’ve been doing most of that walking at a casual pace.  It wasn’t training.  I was just walking to get some exercise.  Sometimes I would walk at a brisk pace, but I wasn’t doing any race-walking.  I didn’t know if that would bother my knee, so I held off on that.

Before doing any more running, I decided to give race-walking a try.  Last Saturday, I picked a 2.25 mile route through my neighborhood, and I walked it as fast as I could.  I started getting out of breath after less than a mile, it didn’t seem to bother my knee at all, so I kept it up.  I didn’t look at my watch until I finished.

I didn’t know how fast I would be able to walk.  Aside from being out of shape, I also haven’t practiced race-walking recently.  To have efficient mechanics, you need to practice as much as possible.  I think I would’ve been happy if my pace was under 13 minutes per mile.  I averaged 11:28.

The next day, I walked the same route again.  I improved my time by 21 seconds.  Since then, I’ve done at least a few miles of race-walking each day.  I’m also doing several miles of casual walking.

I’ve written off races for the first half of the year, but I want to be racing again by August.  I assumed by now I would be running, and I would still have time to get in shape to run marathons by August.  That was “Plan A.”  I’m not ready to run yet, and I ‘m running out of time to get back in shape, so I’m switching to “Plan B.”  “Plan B” is to race-walk until I’m ready to resume running.  Since running clearing bothers my knee, and race-walking doesn’t seem to bother my knee, race-walking makes more sense.  Past experience has shown me that race-walking is good cross-training for running.  When the time comes, I should be able to switch easily to running.  Ideally, when it’s time to do a marathon, I’ll be able to run it, or do a run/walk mix.  If not, I’ll have to switch to “Plan C.”  “Plan C” is to race-walk my marathons.  It’s not my first choice, but I’ve done it before, so I know I can do it again. 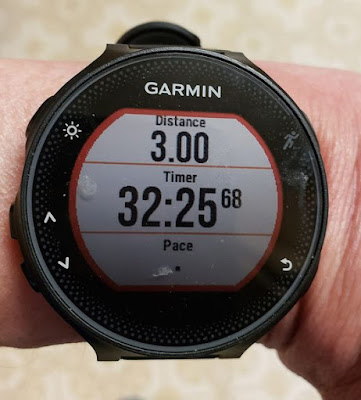 I’m improving rapidly, but I have a long way to go.  I really don’t want to be taking six hours or longer for marathons.  To get my marathons times down to 5:30, I need to be able to average 12:30 per mile.  I can do that for five miles, but it takes an effort.  I’m a long way from being able to sustain that for 26.2 miles.  It’s not just a matter of aerobic fitness.  Maintaining a fast walking gait is tiring in other ways.  Maintaining a rapid turnover really works my hips, and those muscles get fatigued.  I know from experience how much work it’s going to take.

My motto has always been, “hope for the best, but prepare for the worst.”  I want to run my marathons, but I don’t know when I’ll be able to run.  For now, I’m going to train to race-walk them.

In the coming weeks, I’ll continue to ramp up my walking mileage.  I’ll also gradually increase the proportion that’s race-walking, as opposed to walking at a casual pace.

In other news, I registered for a race.  I wasn’t going to sign up for any races until I was running again, but registration for the Boston Marathon opened on Tuesday and closed today.  The race is tentatively scheduled for October 11.  I’m not going to miss out on Boston, so I signed up.