It’s the fourth day of the Running Ragged 20in20 Series.  After running faster than I had planned yesterday, I wondered if I would pay for it today.  In particular, I wondered if racing up a steep hill at the end of yesterday’s race was hard on my knee.
I woke up early, so I had extra time to ice my knee and ankle before starting to get ready.  My most painful area continues to be my big toe, where the blood blister under the toenail is getting larger, and the pressure makes the toe hurt all the time.  Other than that, and a few sore muscles, I didn’t feel too much different this morning than I did the other mornings.
Today we were racing at Quarry Park and Nature Preserve in Waite Park.  This park used to be a granite quarry.  Several of the mining pits filled in with rain water over the years.  Now they’re used as swimming holes.  There’s a network of trails through the park.  Our course followed some of these trails. 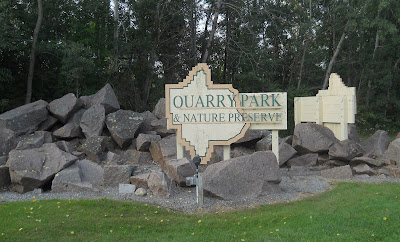 Our course today was an out-and-back through the park that we had to run 12 times to finish a marathon.  The first third of it was gravel.  This section had good footing. 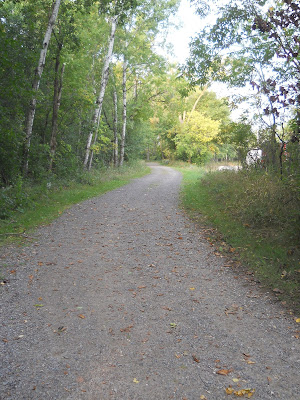 The rest of it was a mixture of grass and clay.  Here, the footing was uneven in spots. 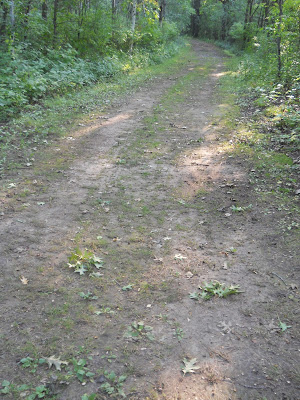 Where we transitioned from gravel to grass/clay, there was a section that can get muddy when it’s wet.  Here, they covered the trail with rocks that are 1-2 inches in diameter.  Finally, just before our turnaround point, we went up and over a section of smooth rock.  It was a granite dome. 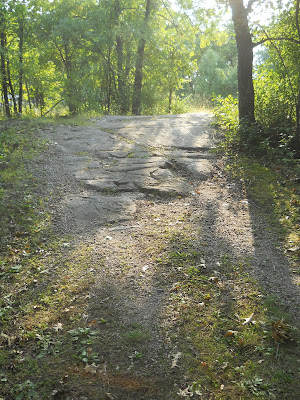 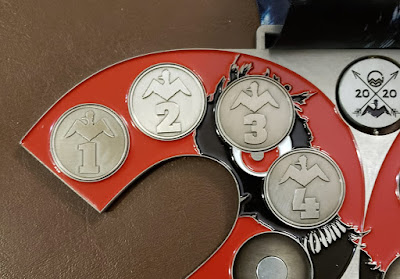 After finishing, I walked to one of the swimming holes.  This one is 45 feet deep, and it’s late in the season, so I expected the water to be cold.  There was a couple wading.  I asked them how the water was, and they said, “Cold!”  That’s what I wanted to hear. 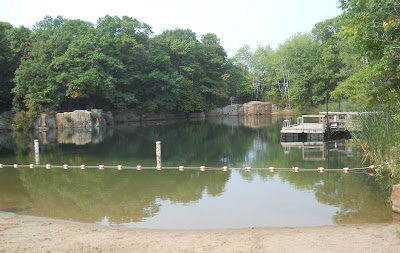 I took off my shoes and socks and waded in.  I went in as far as I could without getting my shorts wet.  The cold water went about halfway up my thighs.  It wasn’t as cold as an ice bath, but it was quicker and easier.
If I stood in place for too long, the water around my legs would warm up.  I kept moving, so my legs would always be surrounded by cold water.  It was soothing on my feet, ankles, knees, and most of my sore muscles.  I staying in the water for about ten minutes.  Then I put on a pair of flip-flops and walked back to my car.  I did more icing when I got back to the hotel.
Jessica did the 50K today, but for the next three days, she’ll be doing the marathons.  Her goal is to break five hours each day.  I’ve broken five hours for four straight days, but I don’t know how long I can keep that up.  For the next few days, I’ll be competing with both Tim and Jessica.  Who knows?  Maybe someone else will show up with fresh legs.